< Back To About Us

Nic has been a Manager in the NZ Police for the past seven years and has a Masters of Public Management. During his 23-year policing career he has covered many roles, including as a dog handler however his recent focus has been Security, Command and Emergency Management at a national level.

In these roles he has set up and managed the National Command and Coordination Centre, contributed to the management of emergencies such as the Canterbury Earthquakes and Pike River Mine Disaster and overseen the national delivery of response to Search and Rescue, Emergency Management and Command and Control. He is well practiced at analysing strategy and progressing the implementation of initiatives such as the Police Prevention First Operating Strategy.

My involvement with MSC began several years ago as the delegate of the New Zealand Alpine Club, of which I was the General Manager for four years. I am passionate about the outdoors, with a wide variety of interests including mountaineering, rock climbing, ski touring, tramping and mountain biking. I am employed as the Advocacy Manager (Outdoors Sector) for the New Zealand Recreation Association. I also serve on the Canterbury Aoraki Conservation Board and as a trustee of the Graeme Dingle Foundation. I am a member of the New Zealand Institute of Directors.

I am the property manager and teach some outdoor education for Darfield High School. My first involvement with MSC was in a first aid competition as an assessor in 1975! Since then I have been a volunteer instructor for the bush, alpine and outdoor first aid programmes. I have served on various positions in MSC’s Canterbury branch including terms as chair and vice-chair and as well as that I am also the regional representative for Canterbury, West Coast, Ashburton and South Canterbury branches. I have been part of the executive committee and have served as the Chair for a past 10 years. I recently stepped down at the 2012 AGM, but will continue to serve on the executive committee I am an owner and director of a family Dairy farming business with operations in Northland and South West Bahia in Brazil. Our business in both environments has been about making best use of available resources and building a “brand” to create opportunities. We employ nearly 50 people between the two countries with a strong emphasis on growing people. My governance experience has been with a range of organisations, the largest being with Fonterra as a Shareholders Councillor for 12 years including serving on sub committees of the Board. I enjoy the outdoors and along with time in NZ have been self-guided wilderness expedition canoeing on multiple trips of about 3 weeks in length in Artic Canada. This has led me to the opportunity of Wildlife guiding on Tundra Wolves, Caribou, Polar Bear and Musk Ox! MSC laid the groundwork of Knowledge that has allowed me to achieve this.

I have been a meteorologist, at the Meteorological Service of New Zealand Limited (MetService), since 1981 and I have a lot of experience and knowledge of meteorology in New Zealand. The weather has a large influence on outdoors activities: how safe, enjoyable, comfortable they may be - and in most circumstances, use of the right weather information enhances the safety of outdoor experiences.

My involvement with MSC began about eight years ago. Being in the hills is an important part of life for my wife and me: we aim to be out there just about every day. 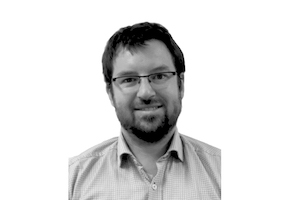 Richard holds a Bachelor of Laws and Bachelor of Commerce and Administration; and a Masters of Public Management from Victoria University of Wellington.

Richard also served as President of the Federated Mountain Clubs from 2010-2012, and has served on numerous club committees for the Victoria University Tramping Club and Wellington Section of NZAC. He very occasionally gets out in boots, running shoes, bike shoes or skis to explore the outdoors.