The app incorporates many aspects of hunting wapiti in New Zealand including safety tips from NZ Mountain Safety Council (MSC), offline maps, education on native animals and birds and the ability to record all wapiti sightings as part of their management programme.

Wapiti are the largest deer in New Zealand and the hunt during their rutting season that it has become one of the most desired hunting ballots in the Southern Hemisphere, FWF president Roy Sloan says. 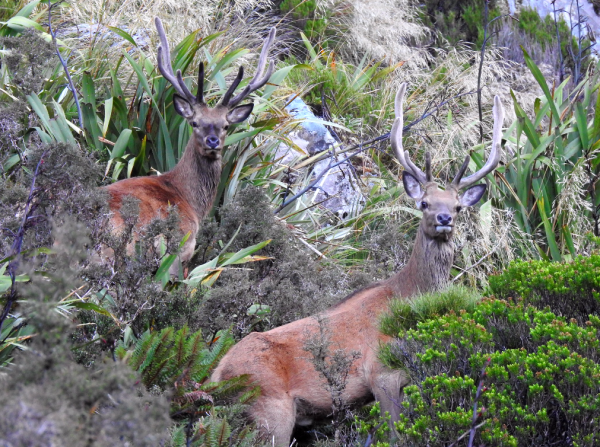 Logging sightings of Wapiti deer on the FWF app will help with the breed's management. PHOTO/SUPPLIED

During the hunting season across March and April, about 600 hunters take to Fiordland, and what they see and do has “major effects on the Foundation’s management projects”.

“The wapiti area is one of the most unforgiving areas in the world where rainfall is measured in metres. Every year we have evacuations due to people underestimating the area,” Sloan says.

“The app has a high-quality mapping system on it to help people navigate around their given area and the other cool thing we have included is what to do in an emergency as a collaboration with MSC.

“Just about all of the evacuations in the wapiti area happen with a helicopter and these machines need to be treated with respect so we also have included information on what you need to do to get evacuated safety.”

The foundation is responsible for the management of the hunting of wapiti, bird and wildlife conservation projects and controlling deer numbers in the wapiti area of Fiordland. Using the app, hunters can submit sightings of wapiti, native birds, predators and rubbish. There’s even a quiz to help identify the age of a wapiti bull.

The FWF designed the free app primarily for wapiti hunters however Sloan hopes those interested in hunting or conservation will use it.

Find out more about the Fiordland Wapiti Foundation’s app here.

Sharpen up your hunting skills this Roar with our other NZMSC resources here.