Firefighters crossing for a good cause

Six Manawatu volunteer firefighters will be donning their full 26kg firefighting kits, including breathing apparatus, while undertaking a gruelling two-day 30km crossing of the Ruahine Ranges this weekend.

There’s no emergency, it’s just all in the name of fundraising for a good cause, Leukaemia & Blood Cancer NZ.

Senior firefighter Dan Coleman chats with us ahead of the big challenge and reveals all things safety as the group prepares to be tested physically and mentally this weekend.

To keep up with the team's trip, or donate, click here.

The six firefighters from the local brigades, Rangiwahia, Kimbolton and Apiti, had their sights on the annual Sky Tower Challenge this year, but due to the uncertainty of it going ahead due to Covid-19 they decided to up the ante and create their own challenge. 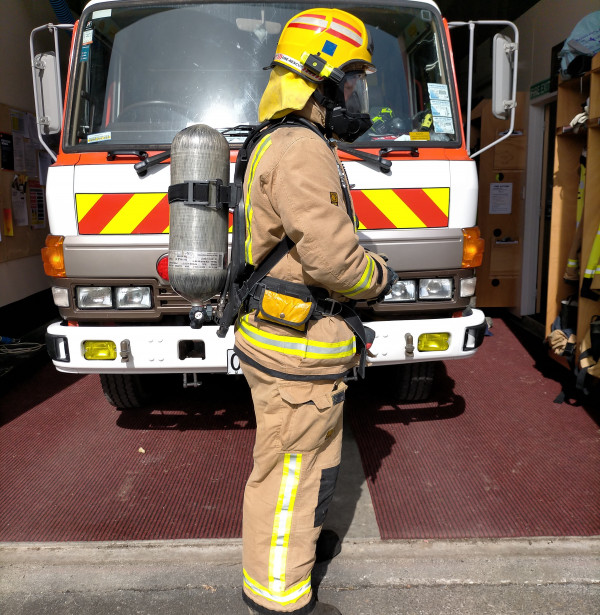 The 26kg firefighting kits, including breathing apparatus they will wear for the two-day crossing

They still wanted to raise money for the cause, “so we had to make it interesting to get people to donate”, Coleman said.

Solid planning has gone into the two-day crossing with support from Fire and Emergency NZ (FENZ) and Department of Conservation (DOC), he said.

Starting at Ashley Clinton in Hawke’s Bay to Rangiwahia Hut carpark in Manawatu, the first challenge will be to see who can withstand the longest with their breathing masks on as they head into the bush. Each wearing the full kit including helmet, jacket, pants, boots and an oxygen mask, they will also be carrying their own food – whatever they can fit in their pockets.

On the menu is porridge for breakfast, One Square Meal muesli bars and tuna sachets for lunch, and a BackCountry meal for dinner, and water. Incase it’s cold overnight and for an emergency, each will take a spare pair of long johns and a thermal. No need for a sleeping bag as the heat protective suit will do fine.

Earlier this month, the six men did a test run of the crossing to get an idea of what they were in for.

The crew are tackling the crossing of the Ruahine Ranges from east to west.

The track climbs to nearly 1700m above sea level with the better part of it being a DOC track.

“We were fairly exhausted, and we didn’t even have all the gear on,” Coleman laughed.

“The first day we did 20.6km and that took about 12hours, then the next day was 14km which took five hours,” he said.

Coleman said the crew were thankful for the use of Howletts Hutt, owned by the Heretaunga Tramping Club who have also donated coal for the hut fire. 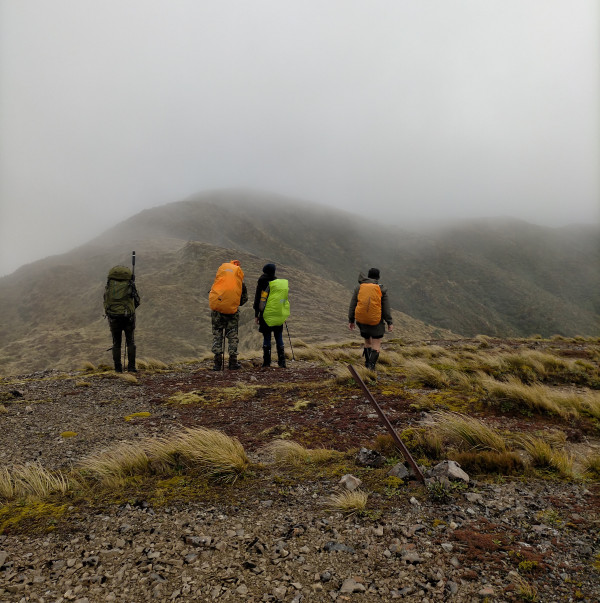 The crossing during the trial weekend earlier this month

Coleman said the trial run gave them a good gauge on what they were in for and allowed them to make some changes to their GPS-mapped route and safety planning, such as deciding to take a safety person with them.

“It’s so we have someone who will have a clear head to make any decisions, and they will carry extra emergency stuff too,” he said.

Each fireman will carry their own bivvy bag, first aid kit, PLB, a few will have a GPS, along with a DOC radio and cellphones as there is reception along most of the route, he said.

They are hoping for good weather over the weekend, but have a postponement date just in case.

Coleman said the crew are looking forward to the challenge and had hoped to raise $10,000 for Leukaemia & Blood Cancer NZ.

To keep up with the team's trip, or donate, click here.