Plenty to learn as a new tramper

Starting a new activity can often feel like a daunting prospect, especially when that activity requires venturing into the hills away from the familiarity of urban life.

For beginner tramper Marli, preparing for her first overnight tramp has been a big task but she doesn’t want to leave anything to chance when it comes to the outdoors.

The planning stage started about five months ago when her and three friends decided to take on the 24km Mt Holdsworth Jumbo Circuit in the Tararua Ranges, north of Wellington.

Since then, Marli has been putting in the time to make sure she has all the correct gear for the two-night tramp, that she has a suitable fitness level, and feels prepared.

“As my first overnighter started getting closer, I decided I needed to start preparing. I wanted to improve my fitness so I would be fit enough to do the tramp and able to enjoy it at the same time,” Marli said.

“I went on longer walks on the weekend and increased the number of times I was going to the gym.”

During one of those walks she found her boots were hurting her feet, especially on the inclines.

“So I went and bought new proper hiking socks and went to the shoe repairer to look at what they could do to improve the padding on my heel,” she said. 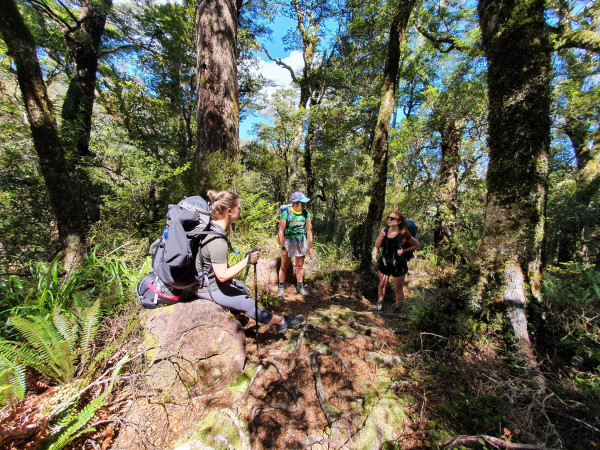 When it came to gear, Marli did plenty of research to decide what she needed to take and what gear she still needed to buy.  “A new sleeping bag, sleeping bag liner and waterproof pants as I definitely did not want to be cold, but I also wanted to keep my gear as light as possible.

“I searched online and asked friends what they would recommend and also went into a few retail stores to get informed,” she said.

Being a group tramp, they came up with a packing and meal planning list, and each member was assigned tasks and allocated specific items to bring for the group.

“My friends and I started a messenger group to discuss what we needed to organise and we checked if other group members had all the gear that was needed,” she said.

Marli had also been keeping an eye the MetService website. The weather forecast predicted rain and wind, but the group still planned to head out on Saturday morning, if weather warnings were issued then they will not go, she said.

Before she leaves, Marli will tell her partner all of her plans in case of an emergency.

“I will be writing my plans down for my partner, like the planned route, what time we are leaving and time of planned return, also which huts we will be staying at too,” she said.

Marli said she was nervous about the first day’s big climb to Jumbo Hut but is excited to get out there knowing she’s prepared for anything.

Finally, the weekend arrived and Marli and her friends set off on their overnight adventure. Frustratingly the weather was not kind and on day two the group made the difficult, but correct, decision to turn around due to severe gale force winds and heavy rain.

“It was so windy, we could barely walk. It was the safest decision to just head home,” she said.

Marli enjoyed her trip and was glad she had prepared for all conditions, and that the group had made a contingency plan to return early if the weather wasn’t suitable.

Want to learn more about Tramping? | Get the skills in our Activities Section.