Sometimes it is just not worth the risk, Steve Healy says after his tramping group made the sensible decision to abandon an unsafe river crossing in the Remutaka Forest Park recently.

The NZ Mountain Safety Council caught up with Steve to hear more about their experience and their decision-making process.

Steve, his daughter Lisa Healy and her partner Mike McIntosh had planned an overnight tramp to the Boar Inn in the Remutaka Forest Park, however due to heavy rainfall, the tramping trio were forced to spend another night.

The trio began their two-hour walk on September 17 from the Catchpool Valley carpark.

“We had a nice relaxing walk to the [Orongorongo] river and got there at about 5.45pm. It was very low,” Steve said.

Lisa and Mike, both from Wellington, were familiar with the track, while Auckland-based Steve is a seasoned hunter and tramper.

Heavy rain was forecast for Friday afternoon, but they had planned to be back at the carpark mid-morning, “so it wasn’t a big deal”.

However, the rain fell earlier than expected, and was torrential for hours before easing to heavy  “The rain was so heavy it woke me up at about 3.30am - it was so loud on the hut roof.”

About 29mm of rain was recorded between 5am to 6am at the nearby Wainuiomata North Metservice weather station.

“When we went to look at the river the next morning, oh my god, it was a raging torrent,” he said.

The Orongorongo River is a braided river, and Steve said they crossed it about five to six times the night before, and the water level was “nothing above the knee”. “But the next morning it was muddy and brown, and was really swift.

“We threw a stick in there and it just disappeared, and we thought there was no way we were going to cross that.”

The trio spent most of Friday waiting for the rain to stop and regularly checking the river level. 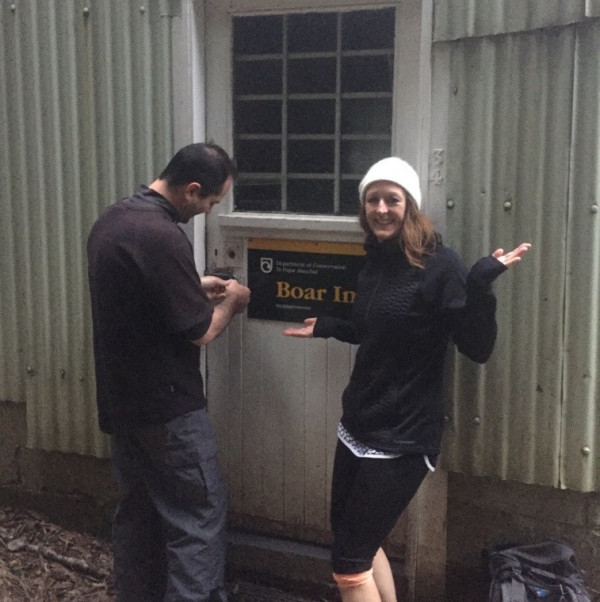 “There was one more [braid] to do and we decided not to. A few times it was up to our waists and we thought ‘stuff this’.By 4pm, the river level had dropped significantly, and they decided to attempt a crossing further upstream. However, on the final braid they decided to abandon the attempt.

“It just wasn’t worth the risk - we were here this late, we can just go in the morning,” Steve said.

He said it was tempting to keep going as they were so close to the other side.

But that is when you can make a bad decision

Before attempting the river crossing on Friday night, they had already agreed on a plan so if there was a complication, they didn’t waste time discussing the next steps, he said.

All of them had wet weather gear and extra food, and Steve had with him a GPS and a Personal Locator Beacon (PLB).

After a clear evening the river had dropped significantly overnight, and the party were able to safely cross back early the next morning. 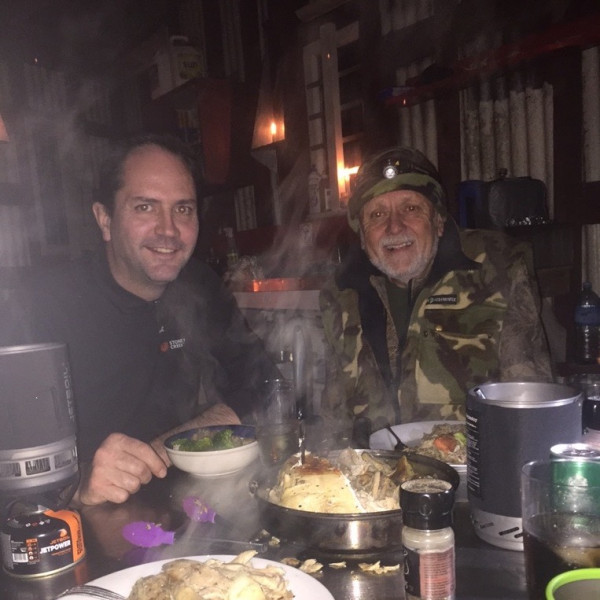 “Many tragedies can be avoided when sensible decisions are made,” he said.

“We always advise people to stop before they cross, take the time to assess the river and determine if it’s safe to even attempt a crossing.If you want to cross a river but don't feel comfortable doing so, then trust your judgment and "wait it out.

“If in doubt always stay out. Even if the river looks safe to cross don’t underestimate what it might be like once you’ve entered,” he said.

Daisley said MSC had several river crossing safety resources and encouraged anyone tramping with the intent to cross a river to familiarise themselves with them.