20 years on the Coast | A LandSAR rescuer’s perspectives

Heading deep into the mountains of the West Coast with the hopes of finding missing hunters and trampers alive is the reality of Marius Bron’s work with LandSAR.

Over two decades, Marius has rescued and recovered many that have embarked on an adventure that hasn’t ended as planned. He shares his experience and insights with NZ Mountain Safety Council to help hunters prepare for the upcoming Roar season. 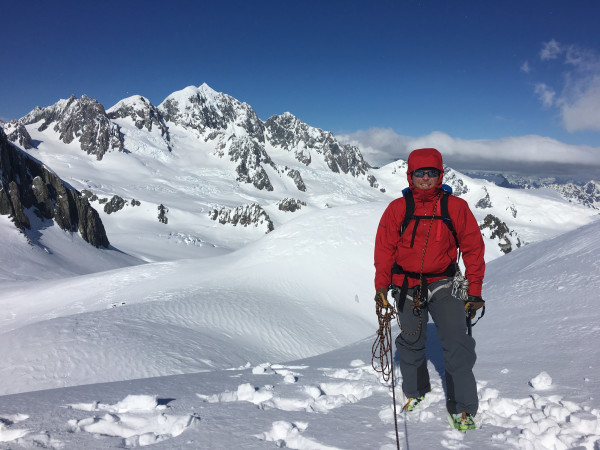 Heading a New Zealand LandSAR team has its challenges and over the years Bron has had many rescues to reflect on.

“It’s been a journey – there were times where I have thought, okay I don’t need to see any more bodies for a while.”

Marius says that the small-town life in Fox Glacier means that if you’re a local guide, then you’re probably on the SAR team too.

“I’ve been around South Westland for a while, since 1999. I arrived in Fox when I was working as a ski patroller in Canterbury. Then came here for a season and never left.

“It’s a pretty awesome place, I grew up in the suburbs of Auckland so there is quite a difference.”

Marius, who is head guide at Fox Glacier Guiding, also leads the South Westland LandSAR team that covers a remote area from the steep peaks down to the sea in between Hari Hari and Lake Paringa.

The area is remote, and most hunters and trampers who access it are generally well experienced and ready for the backcountry.

“Most are onto it and are relatively well prepared, it’s more about decisions made at the time with the current conditions, that’s where they get into trouble.”

The Roar season is underway, and as Marius prepares for it, he can easily identify the main causes for search and rescue (SAR) callouts.

“Of the call outs that stick in my head, that resulted in fatalities or some trouble, had often been solo, or it had been poor weather.”

Being a keen hunter himself, with a Milford Sound Roar trip with mates planned for later next month, he confesses he is a ‘subscriber for adventure’ like most of those hunters.

“Hunting is a bit of a solo occupation at times, and at the end of the day you can’t eliminate all risks.

“There are common themes to our search and rescues such as crossing rivers and side streams. It’s a real difficult judgement - it might be if you wait another half hour, some side creeks here on the West Coast can go down to being okay to cross.”

“It’s easy to make a decision because you often think “I’m okay, I’ve got this”, and then something beyond your control kicks in.

“It’s easy to lose objectivity when chasing a stag, it’s like well if you didn’t have those endorphins running through you at the time you’d most likely wait, but it’s hard to see that at the time.”

Marius can recall a handful of rescues where if they had more carefully calculated their route, they may still be here today.

“It’s thinking about your run out – thinking what if I slip here, where am I going to go? Can I modify my route?

Marius says hunting is high risk, “but that’s what makes it exciting and challenging.” 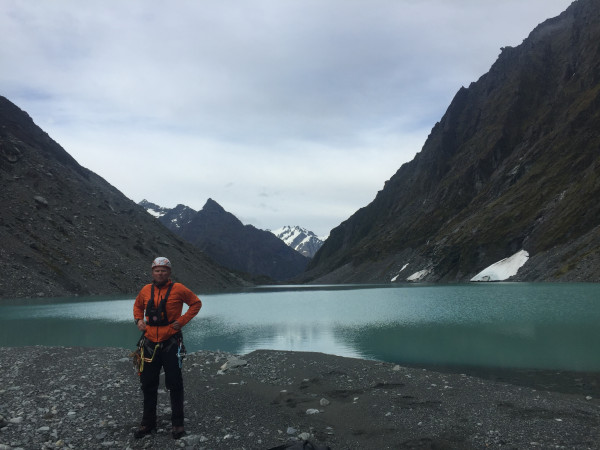 He has seen the changes to hunter’s gear over the decades. Over the twenty years with LandSAR, technology has seen a big development and in turn, so have the rescues.

“Generally, with the conversion of people using beacons, that’s meant our job of searching for people is less, and is more about rescuing, as there is a location

“If most people can afford outdoor gear, which is pretty expensive, then a few hundred dollars for a beacon should be seen as another essential piece.”

“Most people take their cellphones as well as a beacon or are switching to two-way satellite like an InReach. To me they are like a standard piece of kit now, it’s like taking the first aid kit.”

To hire a Personal Locator Beacon (PLB) is a “no brainer really,” Marius says.

Marius says statistically, hunters are very mobile, covering a lot of ground and differing terrain, meaning any search and rescue can be quite challenging.

That’s why he asks for hunters to stick to the basic backcountry practices.

“Most hunters will be thinking about the Roar if they are not already out doing stuff. They will already have the gear and systems set up but as a reminder, good usual backcountry practices are important.”

“Going past the hut and writing in your intentions. That’s one of the first things you do in a SAR team, you fly the route or valley and if there’s a hut you check that out, see if anyone has written in the book.”

“Leaving good intentions with times and locations, making good, calculated decisions around conditions, weather, terrain and equipment, and sharing intentions is good - so is going with a friend.”

Despite some very tragic stories, there are highlights to the job, Marius says.

“It’s been hugely rewarding finding a lost or injured person and reuniting them with their families.”

You can’t eliminate all risks, but you can prepare for them:

Thanks to Marius for his insight into search and rescues in New Zealand.

If you’re subscribed to a hunt this season, you can find out more about planning for your Roar on our Big Game Hunting section of our website where we have outlined further information to support hunters heading out.