Notes from the bush | A Roar Season Wrap-up

From the North to South, the Roar 2022 was the first time in three years hunters were reminded of what an uninterrupted hunt is like. Success was seen across the country, from the Ruahine Ranges down to Fiordland.

We at the NZ Mountain Safety Council were thrilled to see minimal incidents* make the headlines and thought we would collect some reflections from our network. From busy helicopter pilots, washed out Fiordland campsites, family trips and a few stags amongst mates, the Roar 2022 hunting season did not disappoint. Read on to see what went on across the country.

Looking across the country with GAC and NZDA

"Right around the country reports have been of very high numbers of hunters heading out, with helicopter operators busy transporting hunters in and out of the backcountry. This has made it a challenge for parties to find basins or catchments to themselves in popular hunting areas but helicopter operators have helped manage this pretty well from what we understand.

Walk in areas have also reportedly been very popular, with hunters ‘everywhere’, he said.

For most of the country the weather has been settled and reports are that there have been some extremely good heads taken and animals are in good condition.

“From a safety point of view, so far it has been a safe and successful Roar period. Apart from one high profile situation of a hunting party a few days late to return there have not been any significant issues and from what we hear hunters are well-prepared and are taking their safety responsibilities seriously,” he said.

NZDA Chief Executive Gwyn Thurlow, said after three years, lockdowns had their negatives but did have positive benefits for trophy hunters - stags were now a few years older, and so growing more mature antlers. As a consequence, we've seen some exceptional antlers falling to lucky deerstalkers.

A visit to the local taxidermist revealed that it has been an exceptional year for hunters, and New Zealanders have filled the gap left by the absence of international hunters who will return in 2023, he said.

“It has been pleasing on the firearms safety front too. NZDA, MSC, DOC, GAC, Police and Fish & Game coordinated and shared some safety messages prior and during the Roar period. This education and awareness alignment campaign may have helped hunters enter the bush in the right frame of mind. As a result, we just may have had more hunters hunting, but doing so safely,” he said.

Both Gale and Thurlow said that as the season shifts to alpine hunting for tahr and chamois, called the 'rut', it's important to reiterate the safety messages.

A closer look at Fiordland with the Wapiti Foundation

Down in the depths of Fiordland, the weather was unbelievable, says Wapiti Foundation Chair Roy Sloan.
“Wapiti hunters were able to travel higher and were able to access places that weather and time would normally protect.

“Hunters performed well with limited issues. However, Fiordland always has the last laugh with several parties of people having large volumes of Fiordland finest-water running through their tents, lucky for them it did not lead to disaster rather a quick lesson on camping choices in a place that has 8 metres of rain per year,” he says.

Hunter numbers are increasing nationwide so there are more people than ever in the hills at the same time, Roy says.

The advice that is available to hunters on how to safely hunt is important, he says. The Fiordland Wapiti Foundation app is available with the important MSC safety advice.

“This was very noticeable when out and about around Fiordland, trucks, boats and helicopter camps start popping up everywhere.” 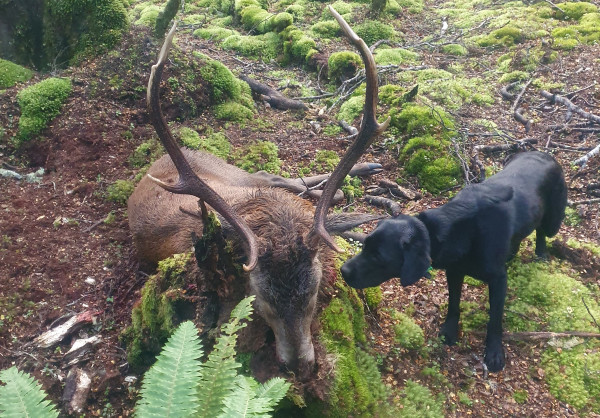 “Talking to locals here, it was a very good reminder to always have Plan B and C, and be prepared to change when someone has already beaten you to the apparently “not so secret spot”.

“It is also important to appreciate that everyone is in the same boat, have a chat to others in your area and make a plan, and respect others that are out and about like you. It may mean a compromise, remember that it is busy in some places - getting everyone home safe is more important than bagging a stag,” he said.

For Tremain, a highlight for the Roar was taking his children out into the mountains for a few days.

“We managed a few stags, but the real enjoyment was in enjoying the process, not just the result. This includes the simplicity of bush life, showing respect to animals, and learning to enjoy the physicality that comes with hunting.”

“Carrying loads, learning how to deal with the hardships of sandflies and wet feet, getting used to walking out under torch light will all pay off in the future for them, as will instilling safe firearms handling habits early on. Can’t wait till next year when they can start carrying a bit more.”

The conditions in the Ruahine Ranges with an MSC Instructor

Josh Murray, a MSC Firearms Instructor and keen hunter, took to the Ruahine Ranges during this Roar.

“The weather was mostly settled and light changeable winds often made it hard to close the ground before the deer caught our wind,” he said.

“Early Roar my friends and I spent a week in the Ruahine Ranges and saw good numbers of animals both in the bush and up in the tussock. After spotting a good stag holding hinds in a distant tussock basin I attempted to get within shooting range. My mate Jeff sat back and talked me into a shooting position via radio, however a hind, unseen to both of us caught my wind and gave the game away.” 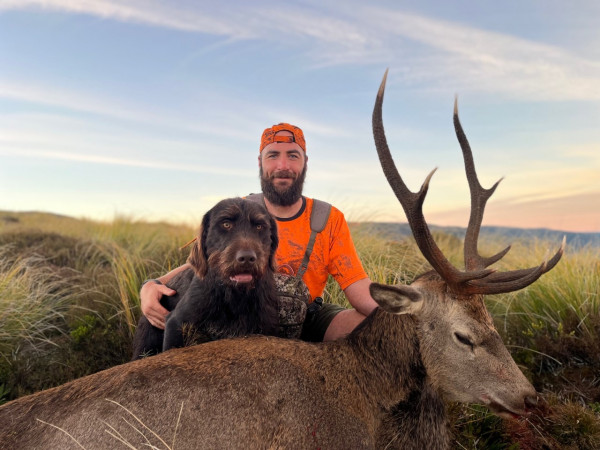 “Between four of us we shot 5 stags and decided we would head back to the same area soon to shoot some hinds to help manage animal numbers,” he said.

Later in the Roar he manger some shorter trips but didn’t pull trigger on anything, the stags were Roaring well but the wind ruined his plans multiple times, he said. Talking with other local hunters it seemed to be a common theme.

Want to hear more from Josh? Read how he prepared for the duck season this year.

The New Zealand Roar is an exciting season to work towards for both hunters and organisations like ours and the ones mentioned above. We look forward to hearing more successful stories from the bush next season.

*We continue to collect incident data post season from SAR data and ACC claims and will share our findings when they are complete. For further questions you can get in touch with us info@mountainsafety.org.nz

For those hunting in alpine areas, careful planning for difficult terrain, avalanche risk and changeable weather and the gear + skills required to navigate these areas is essential.

Hiring or purchasing a communications device is a must especially. You can find more on the alpine hunting page of our website.

We would also like to thank the hunters and trampers who have shared their experiences with us from the planning to the actuation, from why they carry shelters, to rivers they must consider – this shared knowledge is a great way to help others learn and stay safe.