Packing for the worst pays off

“We had everything we needed to be safe,” Vanessa Bridge says as she reflects on being rescued from Fiordland’s remote Dusky Track last week after activating a Personal Locator Beacon (PLB).

After breaking her ankle three days into the challenging eight-day expedition, Vanessa and her partner, Andy Reid, were thankful their “bloody heavy packs” had emergency shelter and surplus food, two important items they would have needed for an unexpected lengthy stay in the isolated outdoors.

The 84km Dusky Track is no mean feat, as described on the Department of Conservation (DOC) website it's a difficult but rewarding remote track, between Lake Hauroko and Lake Manapouri, for the well-equipped, advanced tramper. Vanessa, a keen cyclist, and Andy, an adventure racer, both fitted into that category being fit and seasoned trampers.

It was late afternoon last Wednesday when the couple began the steep descent to Loch Maree hut, through forest covered by a dense tree canopy.

“Unfortunately, Vanessa slipped on a branch and broke her ankle,” Andy said.

"From there we decided that it was unlikely she would be able to proceed, so we set up camp.” 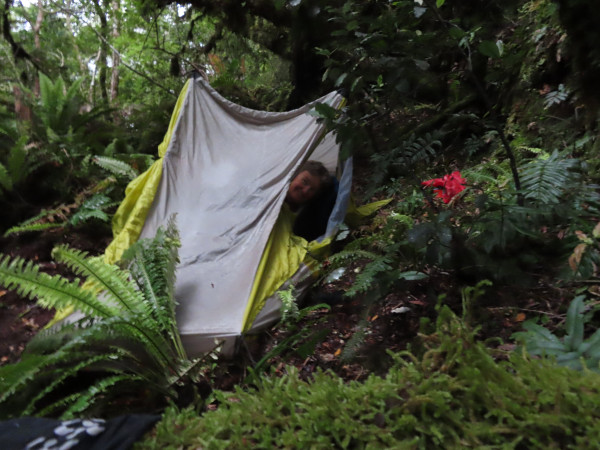 They pitched their emergency shelter, a small tent, and Vanessa rested in it in her sleeping bag while Andy went to the hut, about 1.5hours away, to collect some water and make an unsuccessful call attempt from his satellite phone.

He then left a note at the hut detailing their situation before returning to Vanessa at about 9pm.

The pair, both in their early 60s, made the decision to activate their beacon shortly before 7am on Thursday as Vanessa knew her situation wasn’t critical and was able to manage her pain levels with medication overnight.

“Because we were under the canopy, we were thinking the signal might not get out . . . It was the first time we had used one.”

Just over an hour later they heard the hum of the helicopter overhead, and Andy waved his orange jacket in a small gap amongst the tree canopy for the rescue team to spot them. The couple were winched up separately and taken to the Te Anau Medical Centre.

Andy says the decades of outdoor experience gave him and Vanessa comfort in the situation.

“But without a PLB I would have felt more nervous as it’s very remote. . . it’s one of DOC’s hardest tracks.”

The couple had decided to take a small tent as emergency shelter, especially after reading an alert on the DOC website that mentioned the quick rise of the rivers along the track raising the possibility of having to set up camp to wait for the river level to drop, he says. 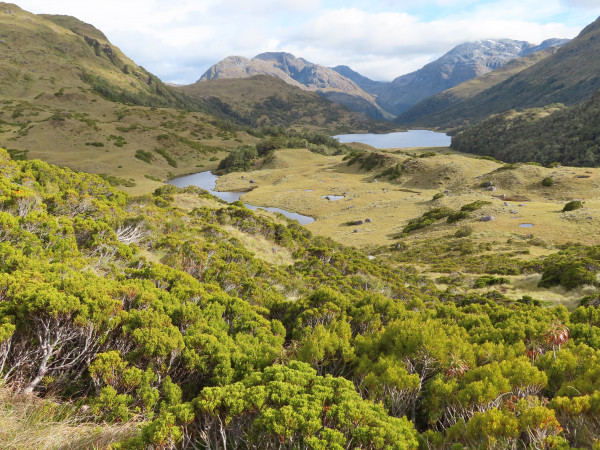 Tarns on the way down from the Lake Roe plateau. PHOTO/ANDY REID

“I think there’s always the trade off with the weight that you carry. For an eight or more-day tramp, the pack was bloody heavy, maybe about 20kg.

“We probably had bought more food than we needed but if for some reason the PLB didn’t work, we would have been grateful for that,” Andy says.

Vanessa says, “I know that even if I couldn’t walk out, we had lots of food and a sleeping bag that we could have stayed for days."

The couple were very thankful for the efficient, life-saving effort by the Southern Lakes Helicopter crew and Maritime NZ’s Rescue Coordination Centre, who coordinated the rescue. The incident hasn’t deterred the couple from completing the track as they hope to finish it off within the year once Vanessa recovers.

We're using stories to help others safely enjoy the outdoors this summer. Use #ShareYourStoryNZ and #MakeItHomeNZ online to share your own story with us or email Rebekah.Wilson@mountainsafety.org.nz