Wilderness adventure for a good cause

Settling into a new year can sometimes be a challenge, but adventurist Mark Jones sees that challenge and raises it a six-week traverse across Fiordland, all in the name of nature and mental health awareness.

We caught up with Mark in between training and trip planning to hear about his upcoming adventure.

“It’s a crazy idea and I just can’t get it out of my head,” says Mark, of Auckland’s Northshore, less than a month out from his longest and maybe the most challenging adventure yet.

The undertaking of Fiordland has been an unticked box on Mark’s adventure bucket list for 20 years now, as careers and kids had taken priority, but he has finally pressed the “go button”.

He plans to traverse Fiordland from Te Waewae Bay on the south coast of New Zealand, to the Milford Track, some 200km north of the start point.

He is no stranger to an extreme adventure having kayaked 800km along the coast of Antarctica, completing a sea kayaking and mountaineering traverse in Tierra del Fuego, and circumnavigating South Georgia Island by kayak.

In 2013, he pushed his limits on a solo 200km mostly off-track journey through the Te Urewera National Park living off the land for 19 days, taking only salt and pepper for his foraged meals.

But he thinks this adventure will be the biggest challenge of them all.

“Fiordland is one of the world's great wildernesses, and the vastness and ruggedness of the route I have chosen is a daunting prospect right now.

“But it also promises an incredible challenge through an awesome landscape that has captivated me for as long as I can remember,” he says.

Mark estimates the traverse will take him six weeks which includes a handful of rest days, likely to be enforced by rough weather anyway. Having spent the better part of his life in the outdoors, he has the skills and knowledge of safety in the outdoors.

“I am also very reliant on the advice from seasoned Fiordland trampers and adventure racers - such people have given me some great tips and let me know what I should expect,” he says.

Although he’s already in good shape, Mark has boosted his training in recent months. He has been training most mornings with 400m vertical stints carrying 20kg on his back.

Mark will have access to six pre-dropped caches along the way which will provide a top up of food and supplies as he plans to pack lightly in his 65litre pack. 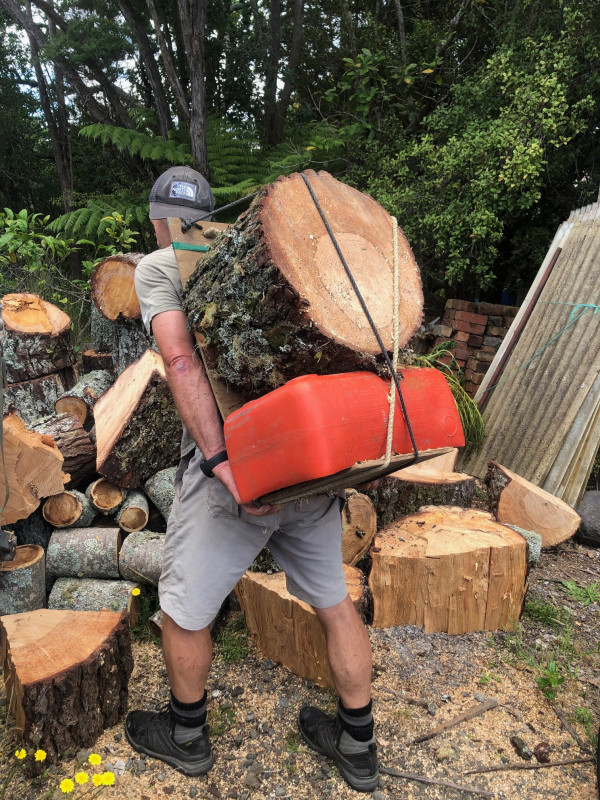 Training included lugging firewood from a nearby gully to his home. PHOTO/SUPPLIED

He has grown to accept he is not “30 or 40, or even 50 anymore, and I need to be realistic about the toll that humping heavy loads day after day, week on week will have on my body, less is more for me.”

Mark already knows he will be “hanging out for a burger” once the trip is up as all food will be non-perishable, high calorie meals including porridge, rice and paste, dehydrated mince, Radix Nutrition freeze-dry meals, plus plenty of nut bars.

He will also carry an InReach Satellite Device provided by Trackme NZ, so he will be able to keep in touch with his family, and post blogs of his progress regularly on his Facebook page, OneInTheWilderness.

Mark, 57, a senior lecturer in Outdoor Learnings at Auckland University of Technology, and a NZ Mountain Safety Council Firearms Safety Instructor, puts strong importance on engaging with the natural environment and its benefits on mental health.

“I think we all grow from challenge and pushing our limits,” he says.

“For me I get a lot of energy back from being in nature but it is a long time to be on my own and knowing that there is a community out there cheering me on will help me overcome some of the more challenging days.”

Mark wanted to give this journey a deeper purpose by raising funds for Mental Health New Zealand (MHNZ). He believes that in this day and age young Kiwis need support and that the MHNZ message is so important when it comes to well-being in school and the workplace. 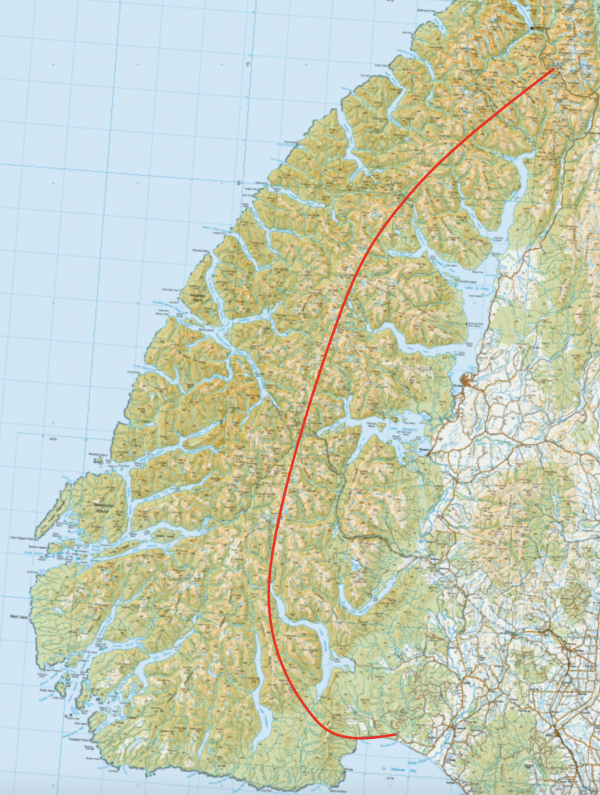 “I know a number of people struggling with mental illness. It has claimed lives that I used to be a part of. It’s insidious and it has affected people that I thought would be immune to mental illness, but the truth is no one is.”

“It’s about being a community and looking after each other, and nurturing well-being. Nature is a really critical part of that, but you don’t have to cross Fiordland, just getting outdoors daily is really important.”

Mark hopes to raise $10,000 as a donation to Mental Health New Zealand. To help him out, head to his page for more information and to donate.

We support and share stories of experienced individuals getting in the outdoors for a good cause, knowing they are doing everything possible to ensure they have a safe trip. If you enjoyed this story, you may enjoy Firefighters crossing for a good cause.

We're using stories to help others safely enjoy the outdoors. Use #ShareYourStoryNZ and #MakeItHomeNZ online to share your own story with us or email Rebekah.Wilson@mountainsafety.org.nz